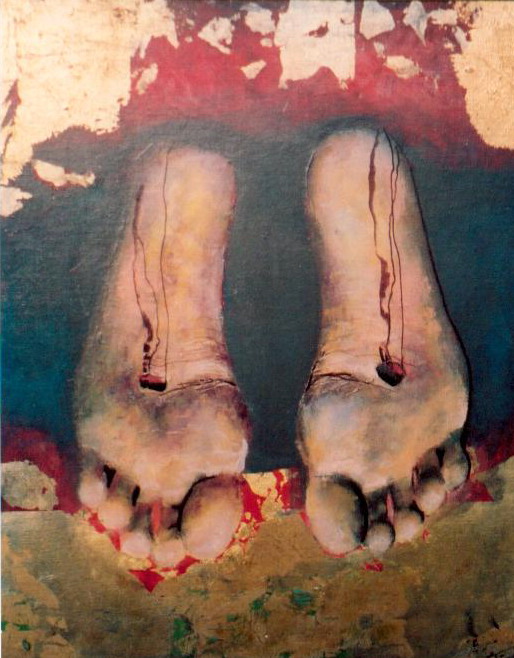 …and round his piercèd feet

The words are from the hymn Crown him with many crowns by Matthew Bridges.

The LORD says to my Lord: “Sit at my right hand, until I make your enemies your footstool.”

The Kingship of Jesus is all about service, because that is the kind of king God is, the kind of god that God is: A king who serves, a God who serves. The God who gives himself. Whose coronation was not with pomp and honour and gold, but with whips and thorns and nails.

The call of Jesus to us is to be a people who serve. To be like Jesus is to be someone who serves and welcomes all.

Because Jesus is the King who serves, still is even from heaven, is it any wonder that Matthew Bridges says that fair flowers of paradise extend their fragrance from Jesus’ piercèd feet?