Messages to the churches – Day 2

“To the angel of the church in Ephesus write: ‘The words of him who holds the seven stars in his right hand, who walks among the seven golden lampstands. 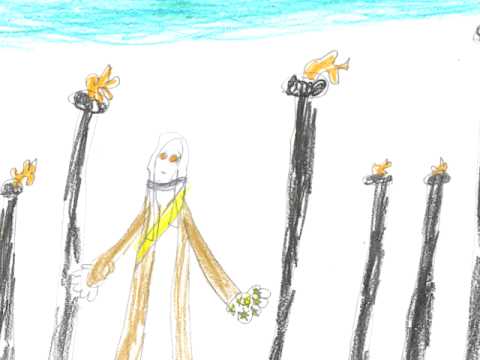 The first letter is addressed to the angel of the church in Ephesus. This address to an angel is the common start and it is from Jesus Christ, using imagery from Chapter 1. We know it is Jesus because chapter 1 describes the man in the vision as the one who has died and is alive for evermore.

Ephesus was the influential capital city of Asia Minor on the Aegean Sea. Ephesus is now known for its huge metropolis of ancient streets, arches and ruins.

We are told that lampstands represent churches and the stars the angels of the churches. This gives us hope, in fact the theme of the book of Revelation is to give hope, particularly to those who are being persecuted,

In fact especially to a persecuted church. Those this book was written for would have been persecuted as it was written towards the end of the reign of the Emperor Domitian, a time of Christian persecution. To these persecutes Christians, and to all Christians, Jesus is saying I am with you, even when things are at their worst Jesus Christ walks among his churches.

He is depicted in glory and might, and he is on our side. Be comforted, Jesus is with us.

“To the angel of the church in Ephesus write: ‘The words of him who holds the seven stars in his right hand, who walks among the seven golden lampstands.

“‘I know your works, your toil and your patient endurance, and how you cannot bear with those who are evil, but have tested those who call themselves apostles and are not, and found them to be false. I know you are enduring patiently and bearing up for my name’s sake, and you have not grown weary. But I have this against you, that you have abandoned the love you had at first. Remember therefore from where you have fallen; repent, and do the works you did at first. If not, I will come to you and remove your lampstand from its place, unless you repent. Yet this you have: you hate the works of the Nicolaitans, which I also hate. He who has an ear, let him hear what the Spirit says to the churches. To the one who conquers I will grant to eat of the tree of life, which is in the paradise of God.’
Revelation 2:1-7