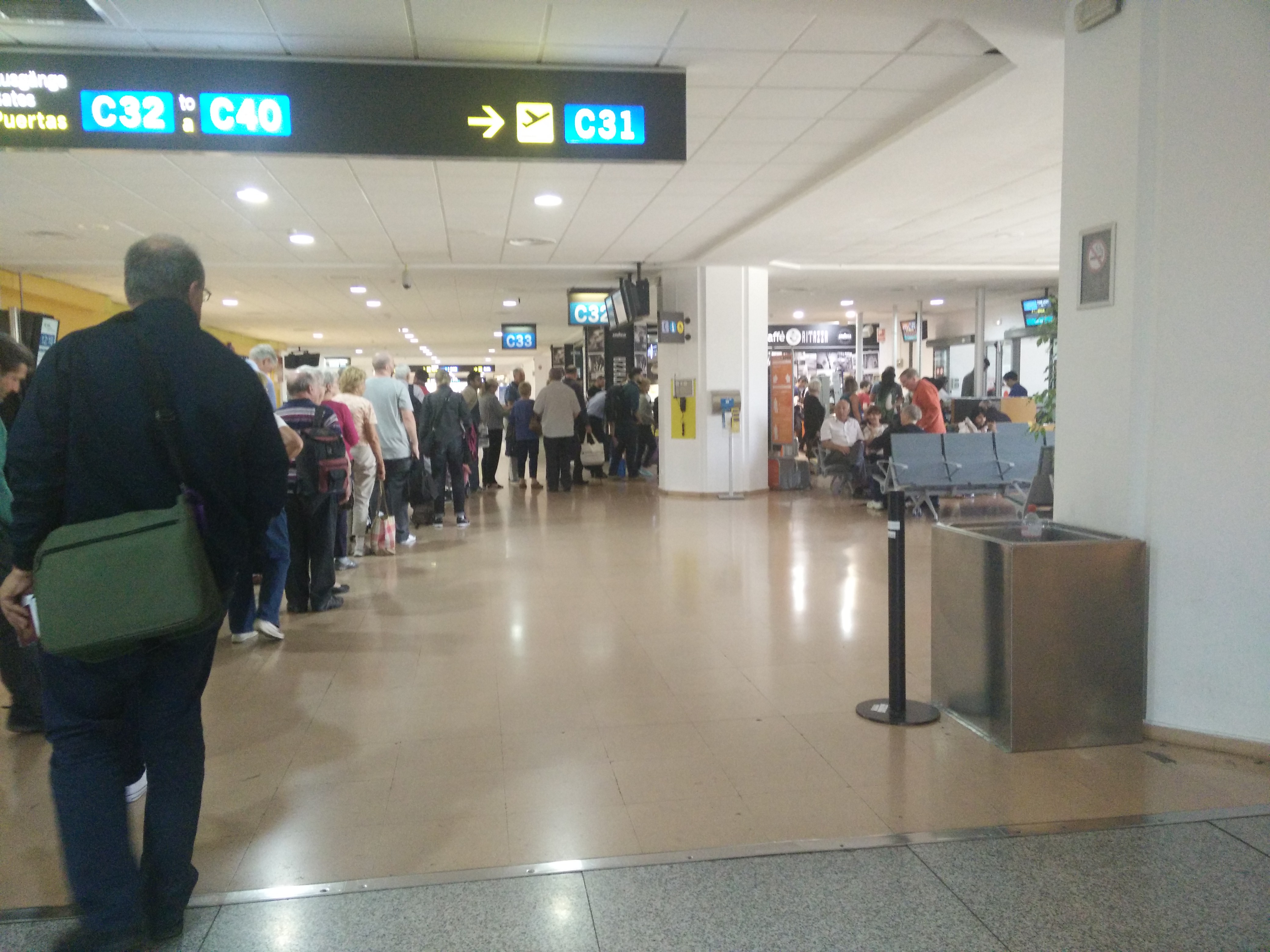 An airport is a bad place to be if you are autistic. The bright lights, the constant bombardment with announcements, the garish displays from duty-free stalls whose bold colours clash with the blandness of the rest of the building. And you are stuck there. They are up there visually with churches on a summer day with bright multicoloured light through stained glass, but I digress: At least churches tend to be cool and quiet.

You are stuck with the rushing people. I can understand the rushing of the staff moving luggage trolleys from where they have been left to where they are needed, but that is not on the flight side. You have to arrive at an airport two hours before your flight departure and are recommended to allow three. That means the departure lounge is full of two to three hours worth of people waiting for flights. What are these people doing? They are rushing. Why are they rushing? I do not know.

People rush to be the first at the check-in, which means they will get a longer wait in the departure lounge. So why rush?

People rush to the departure gate. The gate is typically called 30 minuted before embarkation. So why rush?

Then when you can get on the plane they are up again, only to stand in a queue. You have got a designated seat, no one will take it from you and the plane will not leave until everyone is on board. The flight I was on had people turned back from the gate because they had joined the queue before their seat row was announced. Rushing slows things down, so why rush?

There are a lot of things that could make airports easier for people with autism. Dim the lights, you can see and read perfectly well with less light, it does not need to be dazzling. Mute the colours on the various duty-free and other outlets, eyes do not need to be assaulter to sell things, do they? And at a personal level, do not rush. All these would help.

But there is one airport that stands head and shoulders above the rest for being autism unfriendly, that is Malaga – Costa del Sol. Look at the picture above. These are gates at Malaga. Apart from the antisocial queueing, standing on the left when your gate is on the right so that passengers wanting gate C33 to C40 cannot get passed, whilst there are empty seats at the gate, a result of unnecessary rushing. No, what I want to point out is the airport design.

Look at the ceiling, There are two rows of lights. These contain fluorescent bulbs. When this type of bulb starts to get old the bulb starts to flicker. I was near a flickering one. Linda, my wife could not detect it, but I found it annoying, but I have light sensitivity as part of my autism, so I notice these things. Malaga let their bulbs work until the die, as shown by a light being out in the picture. But that picture is not mine, I have embedded one I found in a Google image search. Since then Malaga airport has been improved. There are now fans.

Fans are crucial for an Andalucian climate, but they have been mounted on the ceiling in the middle of those rows of lights, three bladed fans with blades that are longer than the distance between the light. There was a constant fade out/fade in of the nearest lights as a result of the fans where we were at gate C33. The effect of the fading in and out and the flickering meant that I was too uneasy to be able to read the novel I had brought to use the waiting time. I kept calm by thinking about getting back home. The last thing anyone wants is for me to melt down and be refused flying.

If you want to design a building that is unsuitable for autistic people, I suggest you study Malaga – Costa del Sol Airport. It is probably the worst: Unless you know of a worse one. If so reply below.