Jesus has been arrested, tried convicted and sentenced, other than the actual execution, could anything be worse?

The answer to that is yes. There are lots of things that could be worse. There is an English proverb that says, “Sticks and stones may break my bones but words will never hurt me.” The people that wrote that have no idea of the power of humiliation. 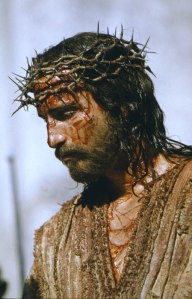 Jesus is humiliated before the whole battalion of soldiers. The notes to the ESV Bible put that at about 600 men, the usual size of a Roman Cohort. It is not a few humiliating Jesus either, the whole Cohort are involved.

Jesus is stripped naked in front of them all twice, once to put on the scarlet robe, and once to remove it. The crown would have pierced his scalp even before he got hit around the head with a reed whilst wearing it. But the pain of the thorns is not what is about. The pain would have been nothing compared to the flesh ripping scourging Jesus has just received. This is all about humiliating the one who would claim to be King.

What they did not realise was that Jesus was already not a king, but The King. But he was not the kind of king that the Cohort would recognise. Jesus was a King that would be humiliated by armies, that by allowing a court to condemn him and go through torture, humiliation and death. Neither the Jewish court of the Roman Cohort understood that kind of King, a King that by suffering would heal many and through rising again would bring new life. That was the King in front of the Cohort: The King who was in control, not the 600.

Jesus went through that for your healing, to take the penalty for all you have done or will do&mdash; to give you new life.

Can you turn your back on such a King?

This is the passage I am referring to:

27 Then the soldiers of the governor took Jesus into the governor’s headquarters, and they gathered the whole battalion before him. 28 And they stripped him and put a scarlet robe on him, 29 and twisting together a crown of thorns, they put it on his head and put a reed in his right hand. And kneeling before him, they mocked him, saying, “Hail, King of the Jews!” 30 And they spat on him and took the reed and struck him on the head. 31 And when they had mocked him, they stripped him of the robe and put his own clothes on him and led him away to crucify him.