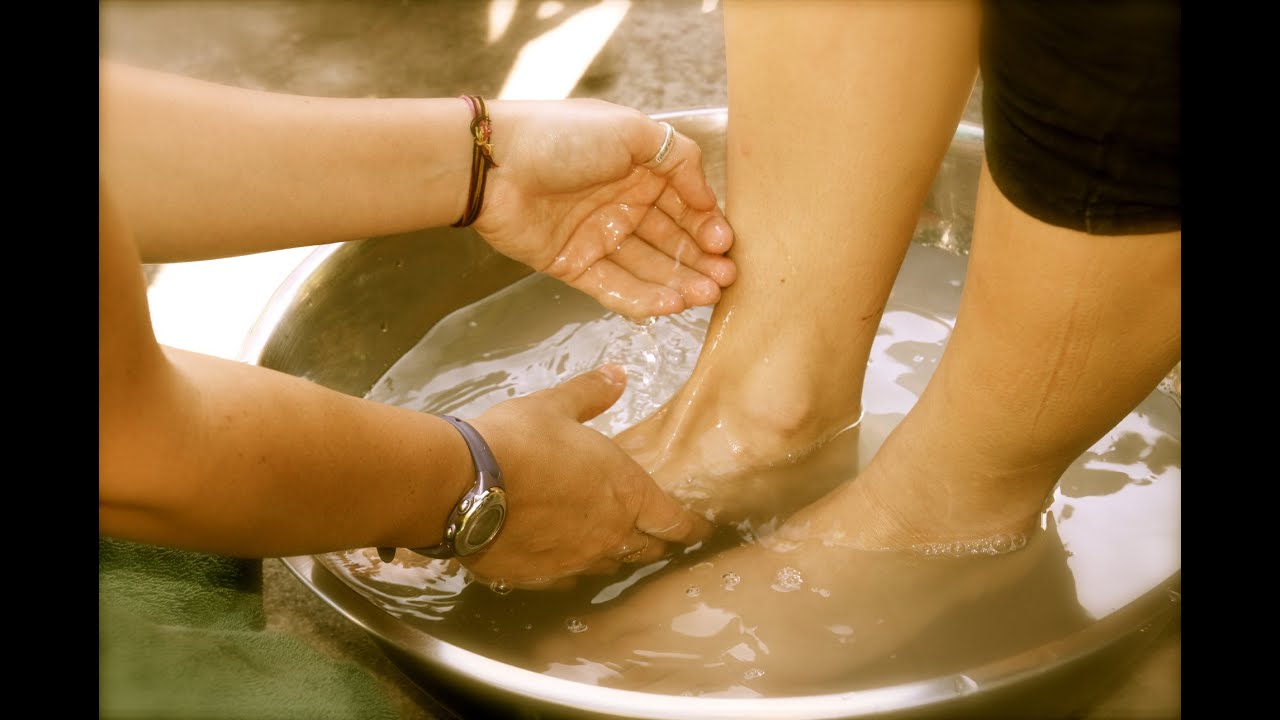 This is Maundy Thursday, when we commemorate Jesus sharing a last Passover meal, a last community meal, with his disciples, so it may seem odd that I am talking about Ananias and Sapphira (and Barnabas) on this day.

Now the full number of those who believed were of one heart and soul, and no one said that any of the things that belonged to him was his own, but they had everything in common. And with great power the apostles were giving their testimony to the resurrection of the Lord Jesus, and great grace was upon them all. There was not a needy person among them, for as many as were owners of lands or houses sold them and brought the proceeds of what was sold and laid it at the apostles’ feet, and it was distributed to each as any had need. Thus Joseph, who was also called by the apostles Barnabas (which means son of encouragement), a Levite, a native of Cyprus, sold a field that belonged to him and brought the money and laid it at the apostles’ feet.

But a man named Ananias, with his wife Sapphira, sold a piece of property, and with his wife’s knowledge he kept back for himself some of the proceeds and brought only a part of it and laid it at the apostles’ feet. But Peter said, “Ananias, why has Satan filled your heart to lie to the Holy Spirit and to keep back for yourself part of the proceeds of the land? While it remained unsold, did it not remain your own? And after it was sold, was it not at your disposal? Why is it that you have contrived this deed in your heart? You have not lied to men but to God.” When Ananias heard these words, he fell down and breathed his last. And great fear came upon all who heard of it. The young men rose and wrapped him up and carried him out and buried him.

After an interval of about three hours his wife came in, not knowing what had happened. And Peter said to her, “Tell me whether you sold the land for so much.” And she said, “Yes, for so much.” But Peter said to her, “How is it that you have agreed together to test the Spirit of the Lord? Behold, the feet of those who have buried your husband are at the door, and they will carry you out.” Immediately she fell down at his feet and breathed her last. When the young men came in they found her dead, and they carried her out and buried her beside her husband. And great fear came upon the whole church and upon all who heard of these things.
Acts 4:32 – 5:11

Charles Spurgeon once told someone who was looking for a perfect church not to join it, because then it would no longer be perfect. The church is not perfect because it is made up of imperfect people like me. But it is becoming transformed by the Holy Spirit.

“Be patient with me, God hasn’t finished with me yet.” is a well known saying in Christian circles, appearing on badges t-shirts and bumper stickers. The church in Acts was characterised by radical fellowship and an interdependence; just as God is three, Father, Son and Holy Spirit, we are supposed to be in community.

The basis of the community was and is a focus on Christ, we are a community of the cross, without the worship of Christ  and Christ at the centre of our lives, both individually and as a community we are nothing but do gooders.

Acts they were devoted to Christ and each other. Unity is not the same thing as uniformity. Pianos tuned to the same fork are tuned to each other. We are tuned to a standard outside ourselves, a focus on Christ. If Christ is the centre unity will result. The disciples argued but were united in following Jesus.

What as all of this to do with Maundy Thursday?

Before the last meal, Jesus washed his disciples’ feet and said, “you are also to love one another.” He demonstrated how a community of his followers should act. There is a pressure to hide our struggles and slap on our plastic smiles and present ourselves as ideal Christians, but our authenticity comes from our being real. Play acting is the death of authenticity. The church is made up of self confessed sinners who have been made righteous in Christ Jesus. If any have the freedom to be authentic it should be Christians.

In the letters that make up a lot of the New Testament the phrase one another comes up a lot:

We should practice this more than just Sunday. Do we welcome others even if they sit in our seat? We pray for more to come in but there are limits. “Lord let them come but let them be nice people, let them not be too needy but if they are send them somewhere else, we want people added, but let them be like me.” That is not how it should be.

We arr a community united by the cross. We should be generous and look outwards. We, as the church, needs to be characterised by a generosity for those in need. We cannot separate the practical and the spiritual aspects of community.

“The last part of a man to be converted is often his wallet.” said John Wesley. How we use our money and possessions? By owning up that ultimate ownership is God’s. Everything belongs to God.

We can never out give the God who gave himself for us. The world will ask how much we own, Jesus asks how we have used what we own. We have to take up our cross.