Steve Chalke likes to be controversial. His latest shaking up of the Evangelical world is suggesting that there may be salvation to some people who are outside the Christian church. It reminded me of a bit towards the end of the children’s novel the Last Battle. 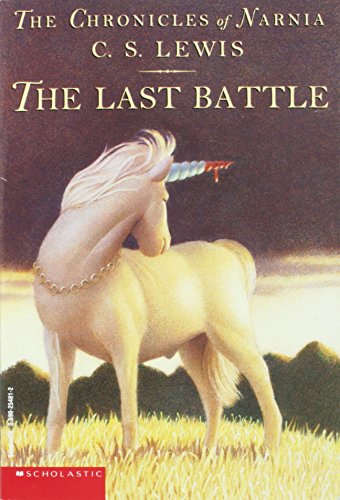 I had serious reservations about The Last Battle, the last book in C S Lewis’s Chronicles of Narnia series. What happened to Susan, one of the four children introduced in The Lion, The Witch And The Wardrobe is one of them, but that is of no concern to this blog, maybe later.

My real problem with this book is Lewis’s treatment of the Calormenes, a people from Muslim like nation to the South of Narnia. The Calormenes are depicted as being warlike and uncaring and their God, Tash, as being a demon. They are shown in the book illustrations as having uniforms not dissimilar to that of Ottoman Turks. Having had Muslim colleagues and friends, I found this depiction nothing like what I had found from talking to Muslims. I do not know what contact Lewis had with Islam, as the book was published in 1956, when there were a lot fewer Muslims in Britain.

There is one exception to this in the book. Towards the end a Calormene is found inside the door of Aslan’s land, the Narnia equivalent to heaven. Aslan the lion, the Christ like figure in the series meets with him and tells him that because he had worshipped Tash as a God of love he had in fact been worshipping Aslan.

In 2006 the then Pope, Benedict XVI had delivered a lecture in the University of Regensburg, Germany, saying that some Muslims could be saved as they were followers of the God of Abraham. Though Benedict’s quote of a 14th Century theologian was taken out of context as the Pope’s own beliefs and widely reported as an anti Islam rant, which it was not. However the Pope is consistent in his condemnation of radical Islam.

So is the God of the Christians and Jews the same God as the God of Islam? I’d say yes he* is. (*he not because God is masculine but because I needed a personal pronoun. ‘It’ just would not do.)

Look at what Muslims believe about Allah:

Very much what Christians believe, but ask them about Allah being a god of love, ask them if Allah loves them and they reply that Allah does not love them, nor are they asked to love Allah. They worship Allah because he is the true creator.

In dialogue with Muslims it is good to start with the common ground. We agree on so much, we are closer to each other than we are to the agnostics and atheists that make up so much of modern philosophy, Start with the qualities of God we agree on, and then introduce the God of love as another of God’s qualities, starting with the Old Testament.

We thank you for our brothers in Islam, and for their zeal for you. We pray that they may come to know you as a God of love who desires all to be in a loving relationship with you.