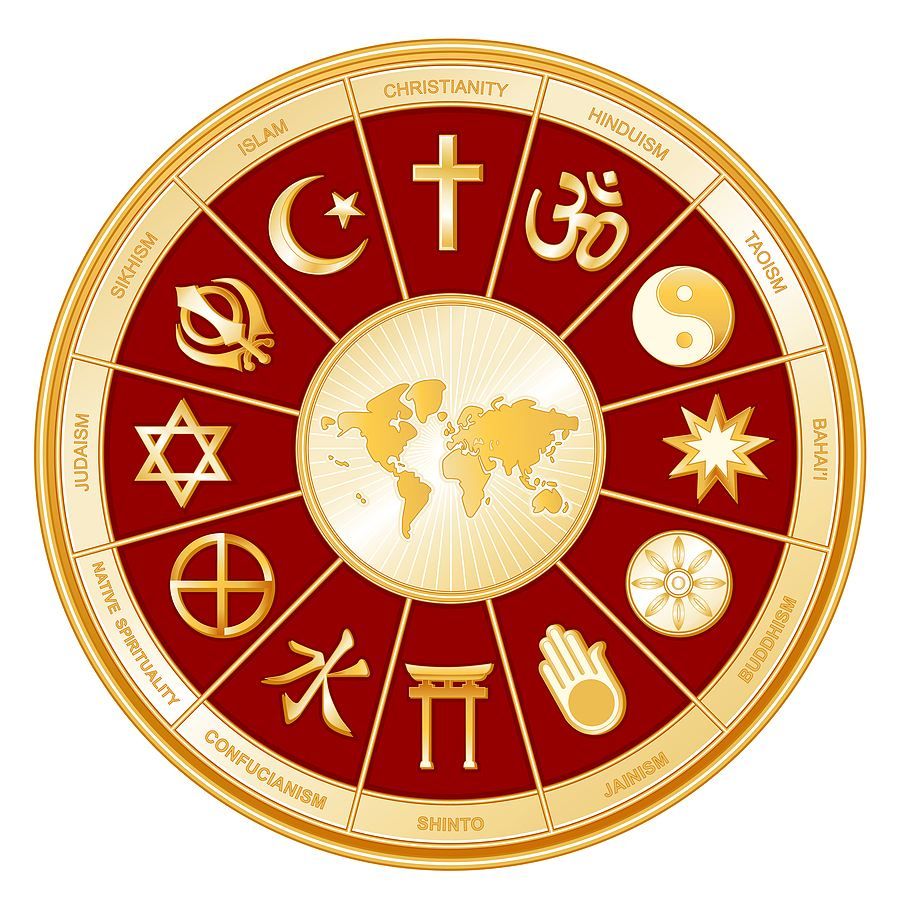 There is a question about vulnerability. Despite the found image above I am not a universalist, I do not believe that all religions arrive at God, though there are things that point towards God in each, and we can celebrate these together. Islam, for example, like Christianity, will try to win people over to their view. If you want to try to win others there is always a vulnerability required, they may win you over instead.

So what do we have in common?

Buddhism’s similarity is on a philosophical level, that is another Blog.

Judaism and Christianity have scriptures in common, the Written Torah or Old Testament. Christianity’s New Testament was written by Jewish authors.

Hinduism is a monotheistic religion, they believe in one God who has many incarnations on Earth. They count Jesus as one of the incarnations.

Islam, together with Judaism and Christianity, is one of the Abrahamic religions with a shared heritage. They believe in the Virgin Birth of Jesus and his resurrection and in the justice of the creator God.

We have a lot in common. I would say that we have more in common with those of other faiths than we do with those who have an atheistic or agnostic view in our own western culture.

Another thing in common is that there are disagreements within faiths:

Jews, Christians, and Muslims alike are in a struggle for the soul of their faith. The line between good and evil does not run between but through our many religious communities. Let us all stand together on the side of wisdom, justice, and compassion.

Why not concentrate on what we have in common when in dialogue with other faiths before we then go on to discuss other issues.

One thought on “In common”