We know more about John the Baptist from Luke’s Gospel, but also from the Jewish historian Josephus, who said:

[John] who was a good man, and commanded the Jews to exercise virtue, both as to righteousness towards one another, and piety towards God, and so to come to baptism; for that the washing [with water] would be acceptable to him, if they made use of it, not in order to the putting away [or the remission] of some sins [only], but for the purification of the body; supposing still that the soul was thoroughly purified beforehand by righteousness. 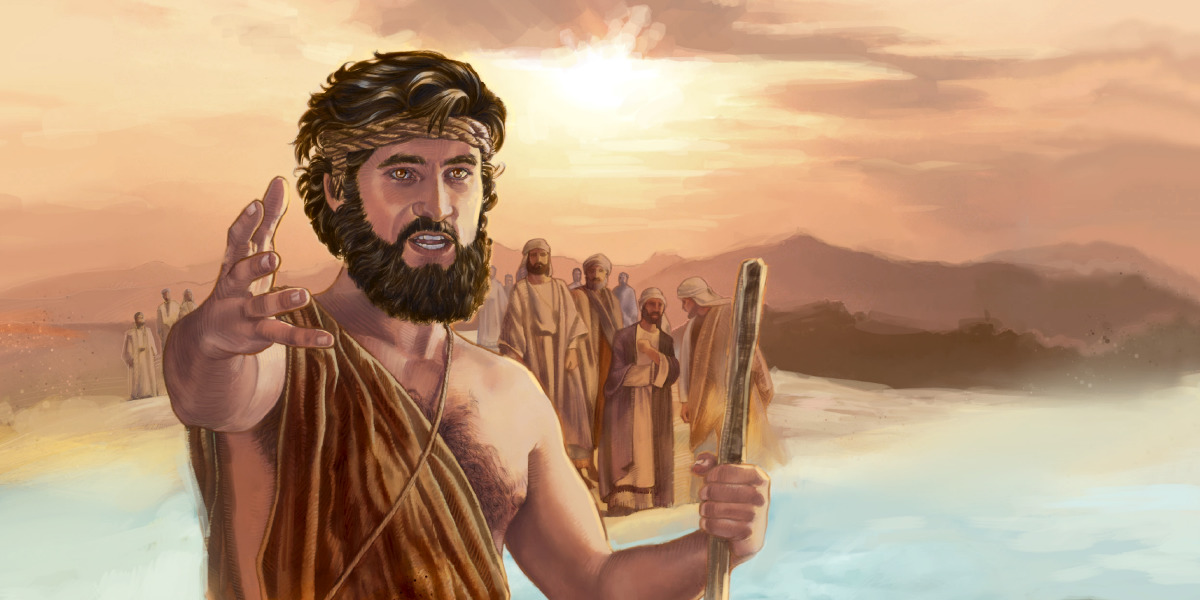 As I said in the blogs on Matthew’s nativity, Matthew is concerned with the link between the Old Testament and the coming of Jesus, so there is no mention of the nativity of John just the appearance of a character like one of the prophets of old, well two actually. The appearance was that of Elijah, but the name John and the calling to repentance is that of the prophet Jonah. John, Iōannēs in Greek, is the equivalent to Jonah, Yonah in Hebrew.

It is important to Matthews telling of the continuum of scripture to introduce the adult ministry of Jesus with a fiery prophet, thus linking the Old Testament period to Jesus Christ. Jesus is not an abrupt change in God’s plan, Jesus is the fulfilment and conclusion of the Old Testament.

In those days John the Baptist came preaching in the wilderness of Judea, 2 “Repent, for the kingdom of heaven is at hand.” 3 For this is he who was spoken of by the prophet Isaiah when he said,

“The voice of one crying in the wilderness:
‘Prepare[a] the way of the Lord;
make his paths straight.’”

4 Now John wore a garment of camel’s hair and a leather belt round his waist, and his food was locusts and wild honey. 5 Then Jerusalem and all Judea and all the region about the Jordan were going out to him, 6 and they were baptized by him in the river Jordan, confessing their sins.

7 But when he saw many of the Pharisees and Sadducees coming to his baptism, he said to them, “You brood of vipers! Who warned you to flee from the wrath to come? 8 Bear fruit in keeping with repentance. 9 And do not presume to say to yourselves, ‘We have Abraham as our father’, for I tell you, God is able from these stones to raise up children for Abraham. 10 Even now the axe is laid to the root of the trees. Every tree therefore that does not bear good fruit is cut down and thrown into the fire.

11 “I baptize you with water for repentance, but he who is coming after me is mightier than I, whose sandals I am not worthy to carry. He will baptize you with the Holy Spirit and fire. 12 His winnowing fork is in his hand, and he will clear his threshing floor and gather his wheat into the barn, but the chaff he will burn with unquenchable fire.”