Jesus is risen, but in this version of the story has yet to meet his disciples. The story goes back to the guards on the tomb, who wer put there to prevent grave robbers, and instead become involved in the conspiracy. 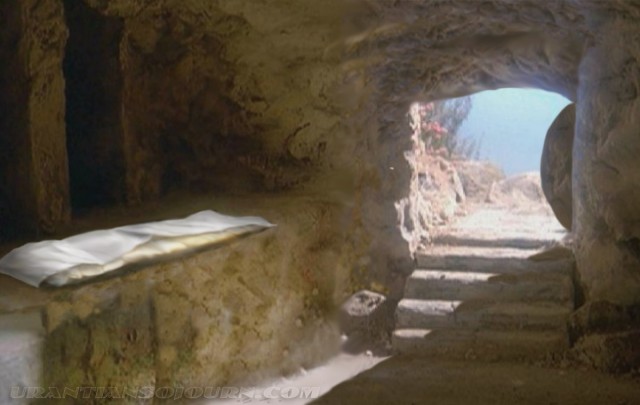 The guards’ story does not hold up. How could they have known who had stolen the body if they were asleep when it happened. But that is the nature of conspiracy theories. You show some details which are true and can be checked up on but other details of the story, even the most important ones, are disregarded. What we have here is an example of how a conspiracy theory is built, only this time we have the added lie that what the plotters had feared had been done. The conspirators had tried to get rid of Jesus, but even death was unable to hold him. They had to find an excuse to placate the occupying forces, it did not work. In not much over 40 years their power, and the temple, would be gone.

These are the religious leaders, although Matthew has been careful throughout to separate them from the official leaders, the Sanhedrin, they were using bribery to get what they want, now they are adding lies. The irony of using dishonesty to serve, as they thought, seems to be lost on them.

It is important to be transparent in what we do. The leadership of the denomination I attend, the Church of England, is criticised in the press for taking the issues where there is disagreement and putting them at the top of the agenda for debate, then debated openly. It is seen as weakness, but it actually a strength to be open, it shows that unity is not the same as uniformity. In a society where businesses and governments work by keeping secrets from those affected by their decisions. Openness is not the world’s way of doing things. It isn’t today and it wasn’t back in Jesus time, at least not by those religious leaders that oppose the way of God.

11 While they were going, behold, some of the guard went into the city and told the chief priests all that had taken place. 12 And when they had assembled with the elders and taken counsel, they gave a sufficient sum of money to the soldiers 13 and said, “Tell people, ‘His disciples came by night and stole him away while we were asleep.’ 14 And if this comes to the governor’s ears, we will satisfy him and keep you out of trouble.” 15 So they took the money and did as they were directed. And this story has been spread among the Jews to this day.

Image via a ‘free picture’ search on Google.