Symbols of the Holy Spirit 8: 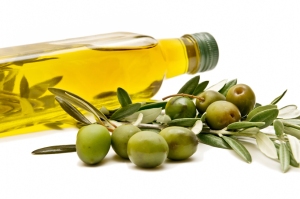 Let your garments be always white. Let not oil be lacking on your head. Ecclesiastes 9:8 ESV

Oil has many uses, it penetrates to free jammed locks, it lubricates, poured over agitated water it calms the waves, people cook with it, it is used in lamps to give light at night. In modern times for most of these we use mineral oil from the ground, hopefully not for cooking, yuck, but back in Bible times oil was something thought of as being pure. Olive oil was the oil of cooking, lighting, calming troubled waters, and lubrication in most applications. We see oil as something dirty because we are used to engineering oil, the filthy black stuff on bicycle chains, but oil was seen as being pure, as the Ecclesiastes verse above shows, in white clothes and with oil on the head is a picture of purity.

But oil had another use: anointing.

The picture of anointing is of oil being poured from above as a metaphor for God’s Spirit coming from above, and also of cleansing. The Holy Spirit who comes on us makes us clean for the task he gives us.

When the first king of Israel, Saul, was anointed the Spirit came on him in such force that Saul went out and prophesied. Later the Spirit filled him again: ‘And he too stripped off his clothes, and he too prophesied before Samuel and lay naked all that day and all that night. Thus it is said, “Is Saul also among the prophets?”’ 1 Samuel 19:24

Jesus was not anointed with oil, the Holy Spirit came down on him like a dove. This is still referred to in the New Testament as his anointing. He was later anointed with nard in preparation for his burial. The Church too was anointed with the Holy Spirit, the Spirit of Jesus. The Holy Spirit gives us a direct connection with Jesus, but not only with Jesus but with one another. Look at Psalm 133 in the quote above. Brothers living together in harmony is like the anointing of Aaron. It is the Holy Spirit that makes us one. We are one not only when we agree, but also when we disagree. Unity is not the same as uniformity.

< previous — Symbols of the Holy Spirit — next >