The General Election, one month on 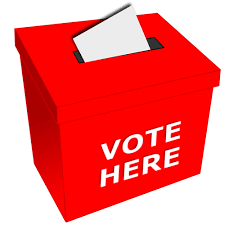 It’s now a month since the last General Election here in the UK. I have left off commenting until now because I needed time for the disappointment that had set in following the result. My problem is that I value truth highly. It could be because of autism or because of the way I understand the teaching of Jesus and the Old Testament Law but being truthful in politics is important to me.

Now I’d be the first to acknowledge that politicians do not have a good track knowledge in truthfulness, especially in wartime. Iron railings around housed and parks were taken down during World War II and the people were told that this was to help the war effort, when it was just a propaganda effort in order to raise morale. Were the government right to do this? They probably were, desperate times call for desperate measures.

But we are not at war. Why are people so desperate to result in lying in peacetime? Because the right lies told well can build fear of the other side. It is emotions, not facts that win votes. It has never been about truth, it is the hearts, not the minds, that count in elections.

The problem is not that the politicians lie but that the voters do not care that they lie, even Christians.

The Conservative increase was tiny. They increased their vote by only 2.4%, 330 thousand votes in real terms. Despite the small increase in votes, their strategy was twofold, a simple slogan, “Get Brexit Done” and a full on assault on Labour policies, conducted over social media. Many different Twitter, Facebook and other accounts, one claiming to be a fact check site which got closed down quickly. The accuracy of the information on these sites was dubious, some of it was totally wrong according to the BBC fact check site, but it was influential, the claim that Labour was following Trotskyist economic policies was copied by other people. The misinformation spread.

Labour, on the other hand, lost over 20% of the votes cast for them in the 2017 election. Over 2.5 million votes in real terms. The big factor in the election was the collapse of the Labour vote. Labour was not following Trotsyist economics, their plan was Keynesian, spend money on public services, build things, which is a proven way of boosting the economy. Although in Western countries Keynesian economics is favoured by left and centre-left parties, it is not in itself socialist. Japan’s thoroughly right-wing government are showing results from following Keynes. Labours use of social media was in stark contrast to that of the conservative party. No lies were found in it. Instead of an attack on others, it consisted of calls to the party faithful to get out there and campaign in a traditional way. As a campaign strategy, it failed.

The Scottish National Party’s vote went from 3% of the total to 3.9%. But its increase was more substantial. Only contesting the 59 Scottish seats it increased the number of votes cast by nearly a third, and the seats from 35 in 2017 to 48 in 2019. Their campaign was pro EU, that if Brexit happens Scotland will try to leave the UK and be a member of the EU.

A disaster or success? In obvious ways it was a disaster, their number of MPs was reduced from 12 in 2017 to 11 in 2019 and they lost their party leader. The Lib Dems set themselves up as the pro EU party with a campaign so strong on reversing Brexit that it swamped everything else in their manifesto. Their losses were in Scotland, losing out to the SNP, another pro EU party, so the Lib Dem campaign lost its distinction north of the border. Overall the Lib Dem campaign was good as far as winning voters was concerned. In 2017 they received 2.4 million votes, in 2019 3.7 million, an increase of 58%. Such a large increase in voter support yet a decrease in seats, 11.6% of the vote and 1.7% of the seats. You can see why they favour proportional representation.

Only a tiny party in political terms, pro EU and increased its number of votes cast by 65%. Remarkable growth. Still only one seat.

I am not blaming the voters here. We were becoming Post-Modern, something which was evident in popular culture over 20 years ago when the Manic Street Preachers released an album called This is my truth, show me yours. Even in politics, we are in a Post-Modern, Post-Truth age, heading towards a Post-Everything age. It has been a long time coming, there is no longer in the culture such a thing as an absolute truth: Truth has become relative, my truth is relevant to me but may not be to you. Truth is a dialogue.

Statistics have been misused by politicians for a long time. The lie attributed to Benjamin Disraeli that there are lies, damned lies and statistics, has never been true, but in today’s Post-Truth society statistics, even if used well, are mistrusted because it points to hard facts, absolute truth and society mistrusts those who claim absolute truth.

The successful political party is the one which can appeal to the popular culture, elections have always been a popularity contest. Winning means you are the most popular at that time, winning does not mean, and has never meant, that you are right. People complain of populist politicians, but being a populist wins votes.

In the end, the political parties that can reflect the mood of the people will win, soundbites win out over depth. In the end “Get Brexit Done” won. The Conservative Party, whose very name means keeping things the same, has shown itself to be more adaptable to a Post-Modern age. SNP too. In terms of votes won the Lib Dems too, but the votes did not translate into seats.  Labour was not adaptable, lost votes and seats and the Conservatives came to power.