The signs of Jonah and the Queen of Sheba

The conflicts of Jesus 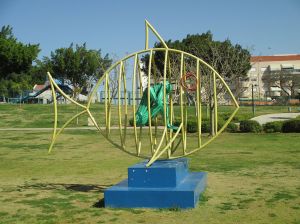 Now it gets personal. The attacks are now against the person of Jesus. Jesus replies by reviewing Jewish history.

Jonah was a Jew who went to the gentiles, the Queen of Sheba, a gentile who went to the Jews. This allusion to Gentiles would have angered the Pharisees at a time when there was a conflict between Jews and Gentiles.

Jonah would not look like a good comparison to make, Jonah was a lousy prophet. In 2 Kings 14:23–25 Jonah ‘prophesied’ to King Jeroboam II of Israel that he would get his land and possessions back. In contrast another prophet, Amos, prophesied the opposite: Amos 6:13–13. Jonah was the kind of prophet who would tell someone what they wished to hear, that God’s favour was with them, rather than what God was actually saying, that God’s justice is against them. So when God told Jonah to prophesy in Nineveh, Jonah not only disobeyed but tried to get as far away from Nineveh as possible — Tarshish.

The problem for the Jews was the resurrection of Jesus Matt 28:11–15 shows them unwilling to believe that Jesus was raised. In the first seven chapters of Acts, the Apostles preached the resurrection of Jesus, ‘God raised him up.’ The death of Jesus was not preached until their preaching moved outside Judea and Galilee. Before that, there was no need, they all knew that Jesus had died.

The Queen of Sheba

The Queen of Sheba heard of the wisdom of Solomon and came with gifts of gold and spices. Whether Sheba was in southern Arabia or Ethiopia is irrelevant to this, either journey would have taken several days. Solomon’s kingdom, although great, does not match that of the kingdom of God.

Jesus kingdom is the Kingdom of God or Kingdom of Heaven. Jesus is greater than Solomon in wisdom, wealth and works. What we have in the Kingdom of God through Jesus Christ far surpasses anything Solomon ever had. We sit at Christ’s table hear his words and share his blessings.

People of Nineveh will witness against the rulers of Judea because they heeded the warning of Jonah and repented, The Jewish leaders of Jesus’ time did not repent.

The Queen of Sheba will witness because she travelled miles to hear Solomon’s wisdom. Yet Jewish leaders rejected the wisdom of Jesus who was in their midst.

Please do not make their mistake and reject Jesus.