What to do if you think someone is a heretic

24 He put another parable before them, saying, “The kingdom of heaven may be compared to a man who sowed good seed in his field, 25 but while his men were sleeping, his enemy came and sowed weeds among the wheat and went away. 26 So when the plants came up and bore grain, then the weeds appeared also. 27 And the servants[d] of the master of the house came and said to him, ‘Master, did you not sow good seed in your field? How then does it have weeds?’ 28 He said to them, ‘An enemy has done this.’ So the servants said to him, ‘Then do you want us to go and gather them?’ 29 But he said, ‘No, lest in gathering the weeds you root up the wheat along with them. 30 Let both grow together until the harvest, and at harvest time I will tell the reapers, Gather the weeds first and bind them in bundles to be burned, but gather the wheat into my barn.’”

36 Then he left the crowds and went into the house. And his disciples came to him, saying, “Explain to us the parable of the weeds of the field.” 37 He answered, “The one who sows the good seed is the Son of Man. 38 The field is the world, and the good seed is the sons of the kingdom. The weeds are the sons of the evil one, 39 and the enemy who sowed them is the devil. The harvest is the close of the age, and the reapers are angels. 40 Just as the weeds are gathered and burned with fire, so will it be at the close of the age. 41 The Son of Man will send his angels, and they will gather out of his kingdom all causes of sin and all law-breakers, 42 and throw them into the fiery furnace. In that place there will be weeping and gnashing of teeth. 43 Then the righteous will shine like the sun in the kingdom of their Father. He who has ears, let him hear.
Matthew 13:24&30, 36–43 ESVUK 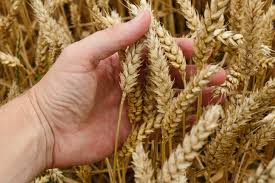 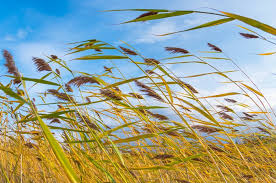 I am pleased to see that Catholic charismatic renewal is still going strong. I became a Cristian in the mid 1970s whilst a student at Newcastle Polytechnic. Towards my time there at STOMP (St Thomas Meeting Point, held in St Thomas Church situated between the two campuses), a joint venture for Christian students from both the Polytechnic and University, I was introduced to the idea that the Holy Spirit is active in churches and her power can be seen through miracles and healings in the present day.

Returning back to my hometown of Mirfield and attending Christ the King, Battyeford I discovered that on an evening once a month there was a ‘Renewal meeting.’ This was a group which had been meeting at the nearby monastery, the House of the Resurrection.

Here I discovered and experienced charismatic renewal first hand. Gifts of the Spirit which for over 50 years had mostly been the preserve of Pentecostal churches were being poured out on mainline denominations. As a new Christian and new guitarist (I was a harmonica player and had a few piano lessons before this) I became part of the worship band, playing the fplk based worship songs of the time (despite being into blues and prog). As personnel changed, I became the worship leader by the end of the decade.

Two things I was quick to notice was the diversity and unity of this group.

We did not let disagreements get in the way of our unity, including Catholics saying the experience of the Holy Spirit brought them not only closer to Jesus but also to Mary. I still find this odd. But finding something is odd is no reason to break fellowship with people.

This is where I get around to talking about this long passage. We are not to kick anyone out from the church just because we disagree with them. It is not ours to say someone is not a Christian because they are Roman Catholic or Protestant, because they baptise infants, because they do not follow the plan of the end times that you follow.

But we have a tendency to do this. People claiming that other people are not following the true God, not just the theological conservatives either. Universalists often accuse those who are not of following a cruel God. People who prefer Christus Victor accuse those who follow Penal Substitutionary Atonement of the same. Don’t worry, you do not have to understand what that means, other than if you are very sure that you’re the only ones that are right you are probably wrong.

There are basics we can hold to: Jesus is God become a man who went around preaching and healing, was crucified and raised on the third day and will come again to judge the world. The rest we can disagree on.

Please do not say who is and who isn’t saved. That’s Jesus’ job, not yours.

2 thoughts on “Leave them alone”