This is one of the blogs that was written in draft form about two months ago, but never got round to publishing due to the exhaustion I was suffering at the time. 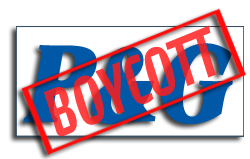 In the early 1990s I was told by a Christian friend to boycott Procter and Gamble products as the company gave money to satanist cause, and the company logo was satanic. I remember being sceptical about this, and remember looking at the logo (we used their washing powder) and wondering what was satanic about the man in the moon.

The rumour turned out to be a lie.

Back then checking facts was not easy. I did not have internet, so there was no access to myth-busting sites like Snopes. A lot of Christians were taken in by that lie. The rumour spread

Christian leaders ended up apologising to Proctor and Gambol. But that did not stop the rumour resurfacing again a few years later.

My problem here is with truth.

Jesus was very keen on truth. He said he was the way, the truth and the life. He said to his disciples that they should know the truth, which would set us free when they were given the Holy Spirit. He even argued truth as a philosophical point at his trial in front of Pontius Pilate. Truth is important to Jesus. But we see Christians keen to use rumour to spread the Gospel.

Take the often used sermon illustration of the needle gate in Jerusalem. As a sermon illustration to Jesus saying it is harder for a rich man to enter the kingdom of heaven than for a camel to go through the eye of a needle. It has been said since Victorian times that there was a gate in the walls of Jerusalem called the eye of the needle, which when all the other gates were closed at night a camel could get through only if the burden was removed and it was on its knees. The sermon illustration says we should unburden ourselves to come to Jesus.

Guess what? It is wrong on at least two counts:

What the Bible does say is that we are to bear one anothers burdens, and that Jesus said all those with burdens ar to come to him. Bring Jesus your burdens, you do not need to struggle to unburden yourself first. The actual point of the saying about a camel and a needle eye is that God can do what is seemingly impossible.

Do you think you can persuade people into the kingdom of God by lying? As I said earlier, Jesus said it was truth that sets us free. That is the Gospel truth.