The Son of David

The authority of Jesus

And as Jesus passed on from there, two blind men followed him, crying aloud, “Have mercy on us, Son of David.” When he entered the house, the blind men came to him, and Jesus said to them, “Do you believe that I am able to do this?” They said to him, “Yes, Lord.” Then he touched their eyes, saying, “According to your faith be it done to you.” And their eyes were opened. And Jesus sternly warned them, “See that no one knows about it.” But they went away and spread his fame through all that district. — Matthew 9:27–31 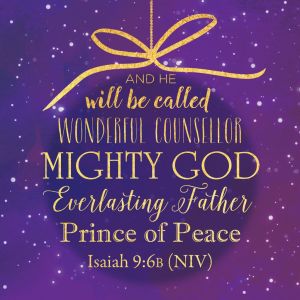 This section in Matthew’s Gospel has been building to a climax. The first three miracles were to people who were not of high standing in Jewish society. Then there was advice to people who wanted to follow. The next set of three miracles* show Jesus power over a storm, over a large number of demons and having the authority to forgive sins. The last set of three started with Jesus having power to raise a dead child back to life. We are working towards a crescendo here, what could be bigger than that?

On the surface of it restoring sight to two blind men is a bit of a letdown. Not to the men themselves, they could not keep quiet about it, it’s also a bit of a letdown because it is such a short passage. But it is the crescendo nevertheless. The significance is on the name these blind men call Jesus, “Have mercy on us, Son of David.”

Son of David is a title for the Messiah or the Christ, both names mean the same, God’s anointed one. These two blind people were the first to refer to Jesus by a title for Messiah (other than demons, who had an insight into this). This predates Martha’s confession in John’s Gospel:

Martha said, “Yes, Lord; I believe that you are the Christ, the Son of God, who is coming into the world.” John 11:27

It predates Peter’s confession in the other Gospels:

The thing that Jesus does next is to restore their sight. He has been called the Messiah and he does the works that Isaiah, an Old Testament prophet prophesied that the Messiah would do.

Then the eyes of the blind shall be opened,
and the ears of the deaf unstopped;
6 then shall the lame man leap like a deer,
and the tongue of the mute sing for joy.
For waters break forth in the wilderness,
and streams in the desert;
Isaiah 34:5–6

Jesus is the long-awaited  Messiah. That is why I have published this set of blogs in Advent. As we think through Jesus’s authority as revealed in this short section of Matthew’s Gospel let it prepare our hearts for the celebration. God’s Messiah, God’s Christ, God’s anointed has been among us. Let us glorify God in the highest.

*Bear with me, I am autistic and enjoy finding patterns in things.